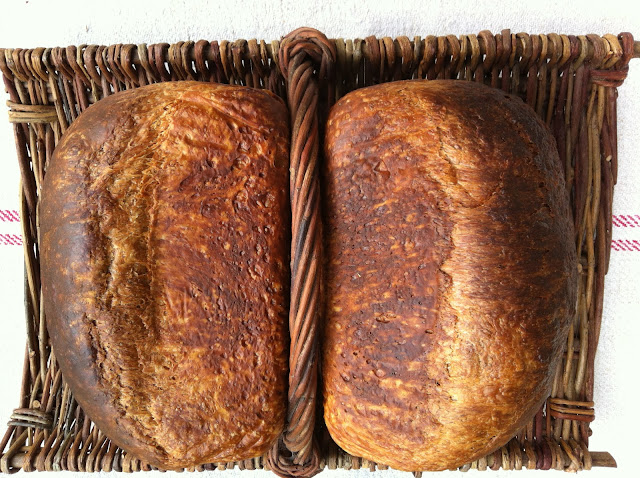 I know, I know, the name sounds dreadful and people who know me would know that I would find the whole idea of a brioche with a reduced amount of butter, a total anathema. To this day I don't understand "half fat creme fraiche", Reduce the amount of fat in your diet by all means but don't reduce an essential flavour and texture ingredient in a dish you are taking the trouble to make. There is reason in my madness, however,  I am planning to make a dish I first created back in the 1970s click here for recipe, long before I made my own brioche and since it includes cream and gruyere cheese, I did think reducing the amount of butter in the brioche makes sense. And after all I don't use anywhere near as much butter as dear Ina Garten uses, bless her, goodness that woman gets through a lot of butter not to mention salt.

Begin by mixing all the ingredients apart from the butter until you have a cohesive dough. I do this in my food mixer and it takes me 2 to 3 minutes. With the machine on a moderate to high speed begin to beat in the butter, a tablespoonful at a time (you don't have to use a spoon just portion it up into roughly the right size pieces). Make sure each addition is totally incorporated before adding the next piece. This takes a few minutes but the action of the machine creates a nicely whipped up light dough. If you are making full fat brioche, simply add 325g of butter at this stage rather than the 240g. Leave the dough to rise in the bowl of the food mixer until at least doubled in size. The dough will be very soft and difficult to handle at this stage, beat it down well, this is very much like beating a rather stiff cake batter. Place the dough in the fridge for at least 6 hours. This not only slows down the fermentation process, developing flavour, but also stiffens the dough, making it far easier to handle. Take the dough out of the fridge, on a well floured board, divide into 2 and shape into two loaves, place in lined loaf tins and leave to rise until at least doubled in size again. Be brave at this point, the dough is chilled right through and takes longer than you think to come back up to the size it needs to be before baking. The difference between a delicious brioche that is light and fluffy and one that has a truly lovely light as air texture is time and patience. Bake at 200C for 35 to 40 minutes, depending on your oven. 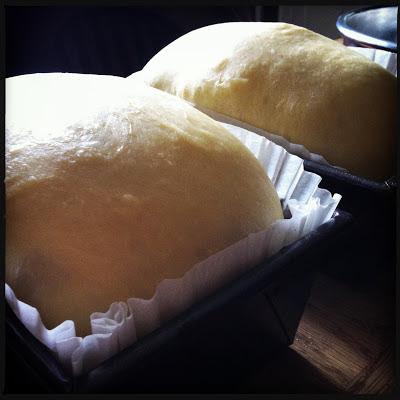 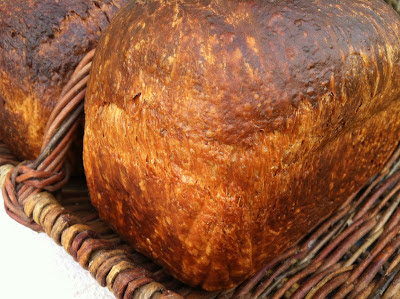 Notes:
It's possible to shape this dough into the traditional brioche shapes if you wish, the time it takes to return to room temperature and rise enough before baking will be shorter due to the smaller mass of each roll, just keep an eye on them.
Posted by Tôbi at 14:26