I was trying to think of a variation on my brioche recipe to serve for breakfast on my birthday this year and I came up with this idea. For me there is just the right level of sweetness and although of course these brioche buns would look nice glazed, it would be in my opinion, a step too far. I also considered adding the customary cinnamon often found with pecan nuts, which I am now pleased I chose not to. 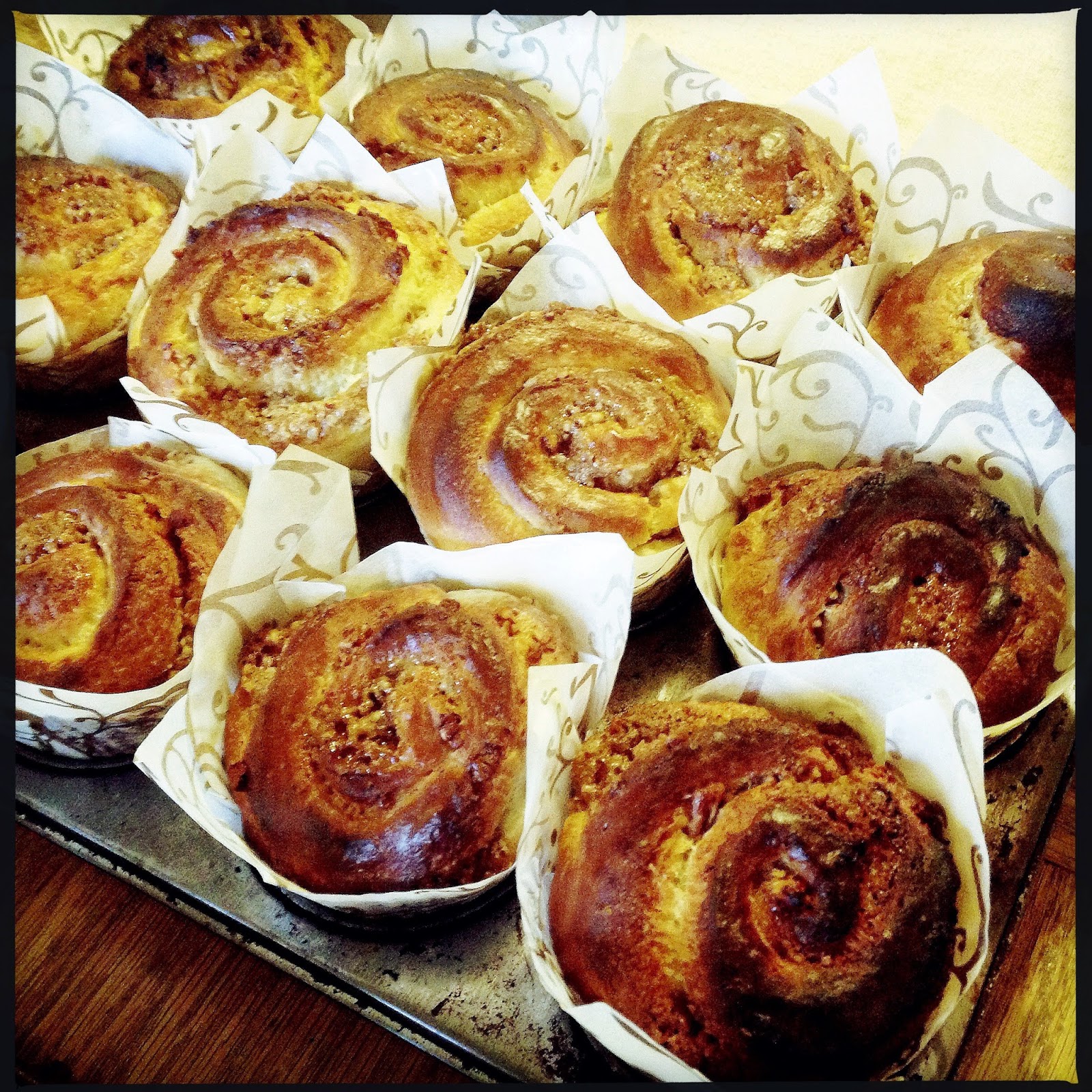 For this recipe you will need (makes 18);
1 portion of brioches dough click here for the recipe
30g of softened butter
40g of light muscovado sugar
100g of chopped pecans
1 tablespoon of maple syrup

Make the brioche dough; at the point where you take the dough out of the fridge and it is firm enough to handle, roll the dough out into a rectangle measuring roughly 45cm by 30cm.
Mix together the sugar, softened butter and pecan nuts to form a rough crumble. Brush the dough with the maple syrup and scatter the crumbled pecan mixture over the surface. Beginning at the long edge of the dough, roll it up into a tight roll. Slice it into 18 pieces and pop each piece into muffin tins lined with baking parchment liners.
Leave over night in a cool place before baking in a hot oven 200C for 15 to 20 minutes. If after 10 minutes the brioche appear to be browning a little too quickly, turn the temperature down to 180C.
Don't allow to cool too much before enjoying with large cups of Illy coffee. 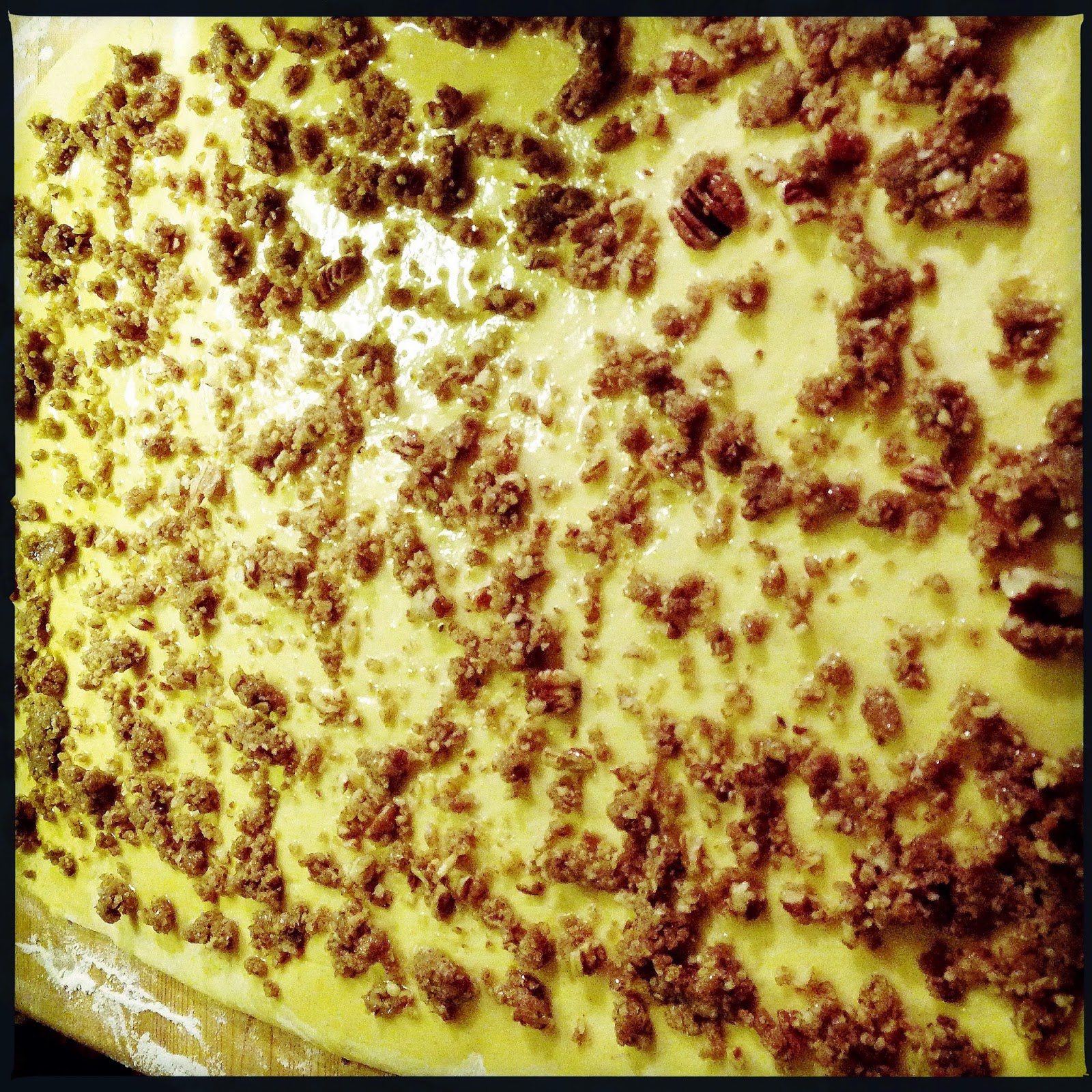 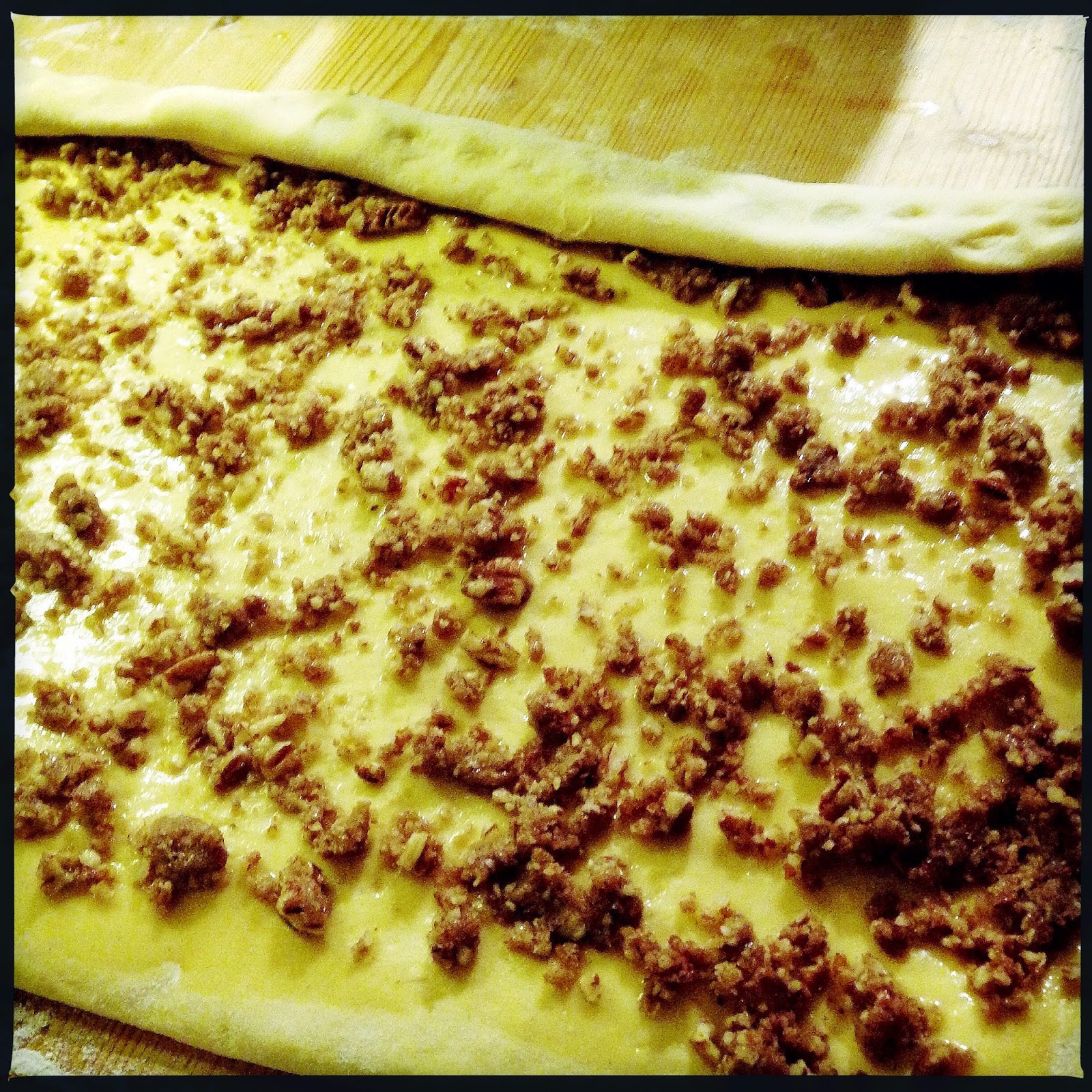 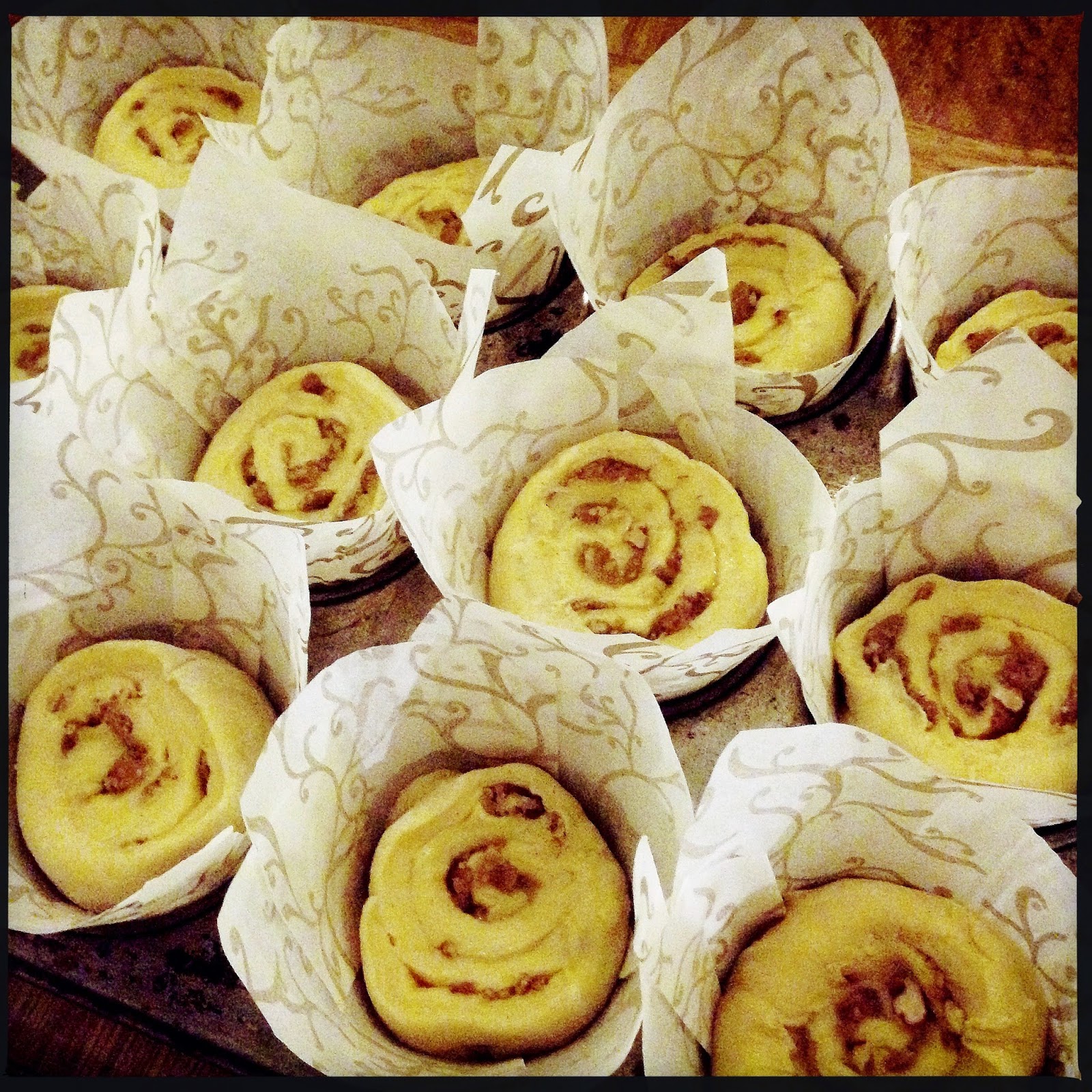 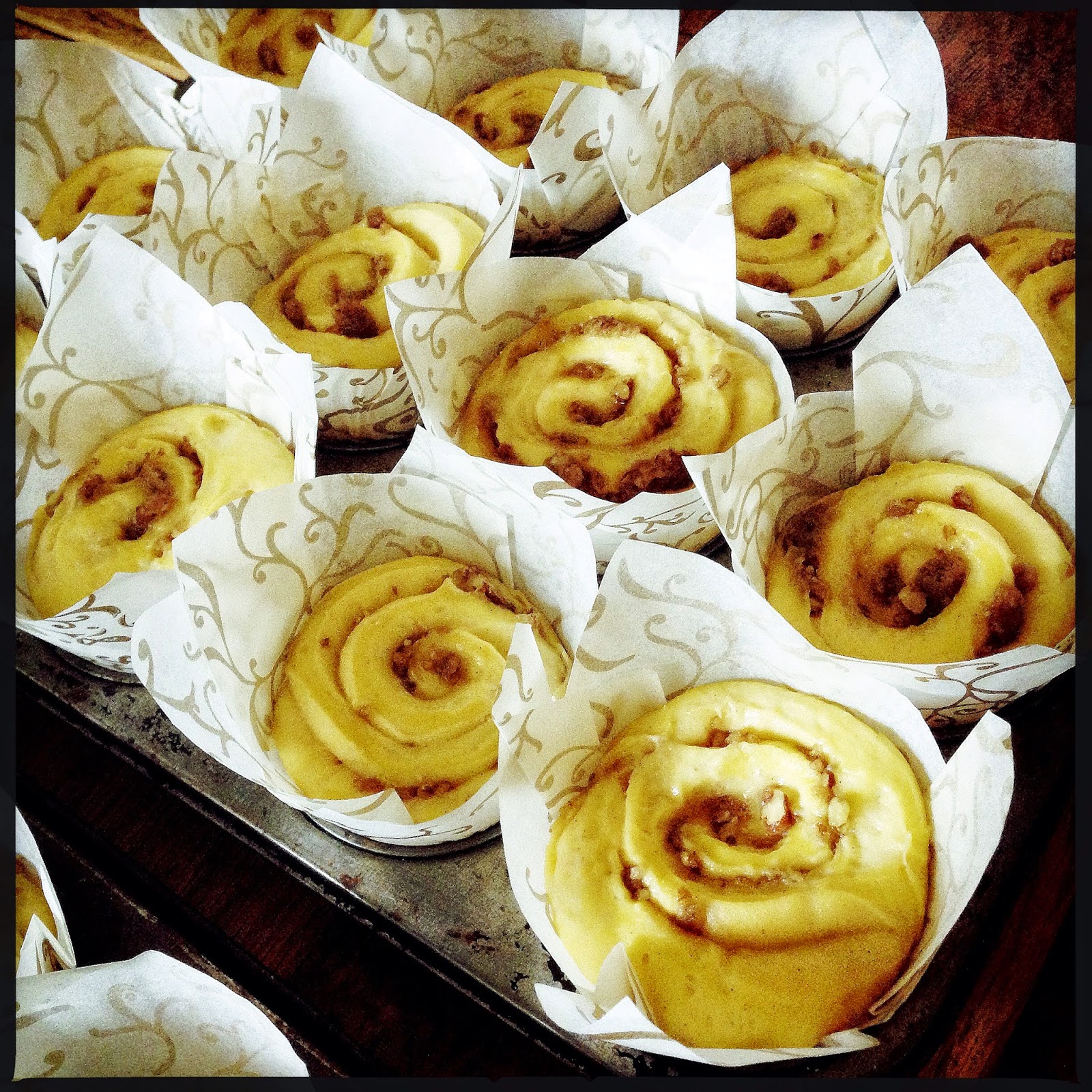 Notes:
If you do not have a cool spot to leave these for their final proving, prove until only doubled in size and bake immediately.
Posted by Tôbi at 10:25 2 comments: 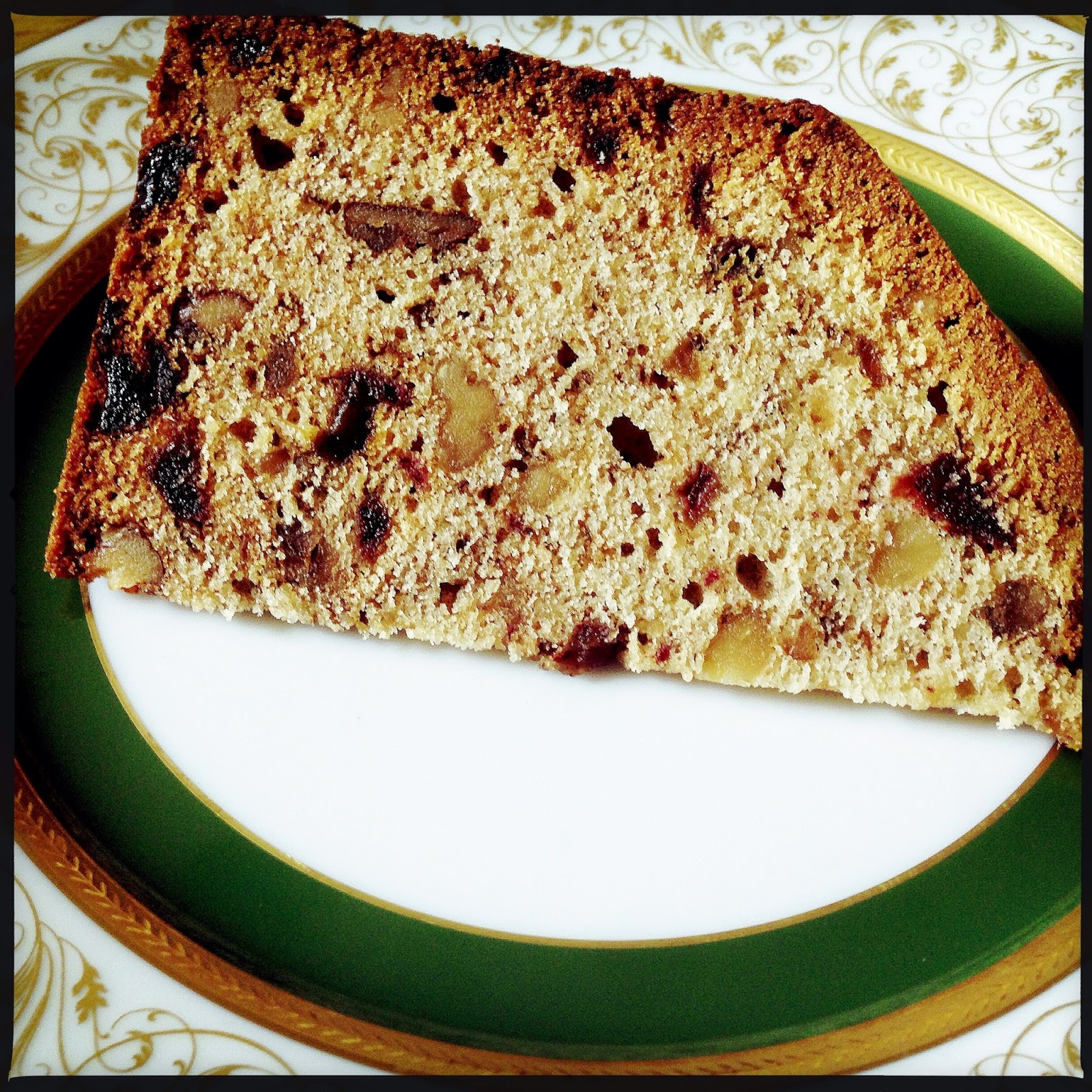 This cake is very much the sort of thing the Chaplain enjoys with a pot of tea. Studded with toasted walnuts and chopped Medjool dates, it's ideal with a cup of Russian Caravan.

For this cake you will need;
200g of plain flour
80g of Self Raising flour
250g of softened unsalted butter
230g of caster sugar
180g of Medjool dates
100g of walnuts
80g of ground almonds
4 large eggs
1/4 teaspoon of salt
1 teaspoon of vanilla extract

Turn the oven on to 160C.
Begin by preparing a round cake tin 15cm X 10cm, line with baking parchment.
Toast the walnuts on a baking tray in the oven for 10 to 12 minutes. Break up into small pieces.
Chop the dates and sprinkle with a tablespoon of the flour in order to separate the pieces and keep the dates from sinking to the bottom during the baking.
Cream the butter and sugar until light and fluffy, beat in the eggs one at a time. Beat in the ground almonds, salt and vanilla before folding in the flour, the dates and walnuts. Transfer to the prepared tin and bake in the centre of the oven for an hour and fifteen minutes to an hour and a half until a wooden skewer comes out clean when pushed into the centre. 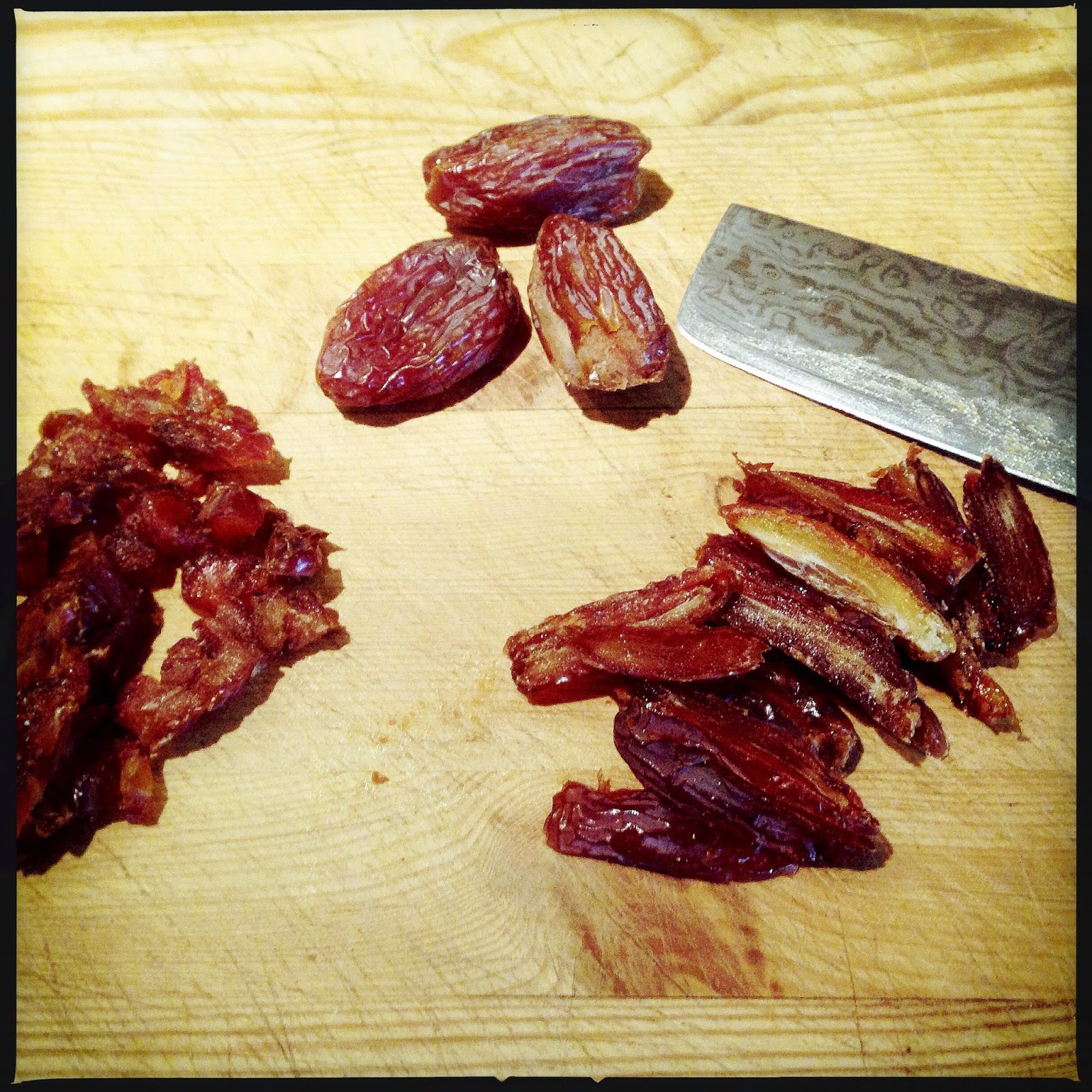 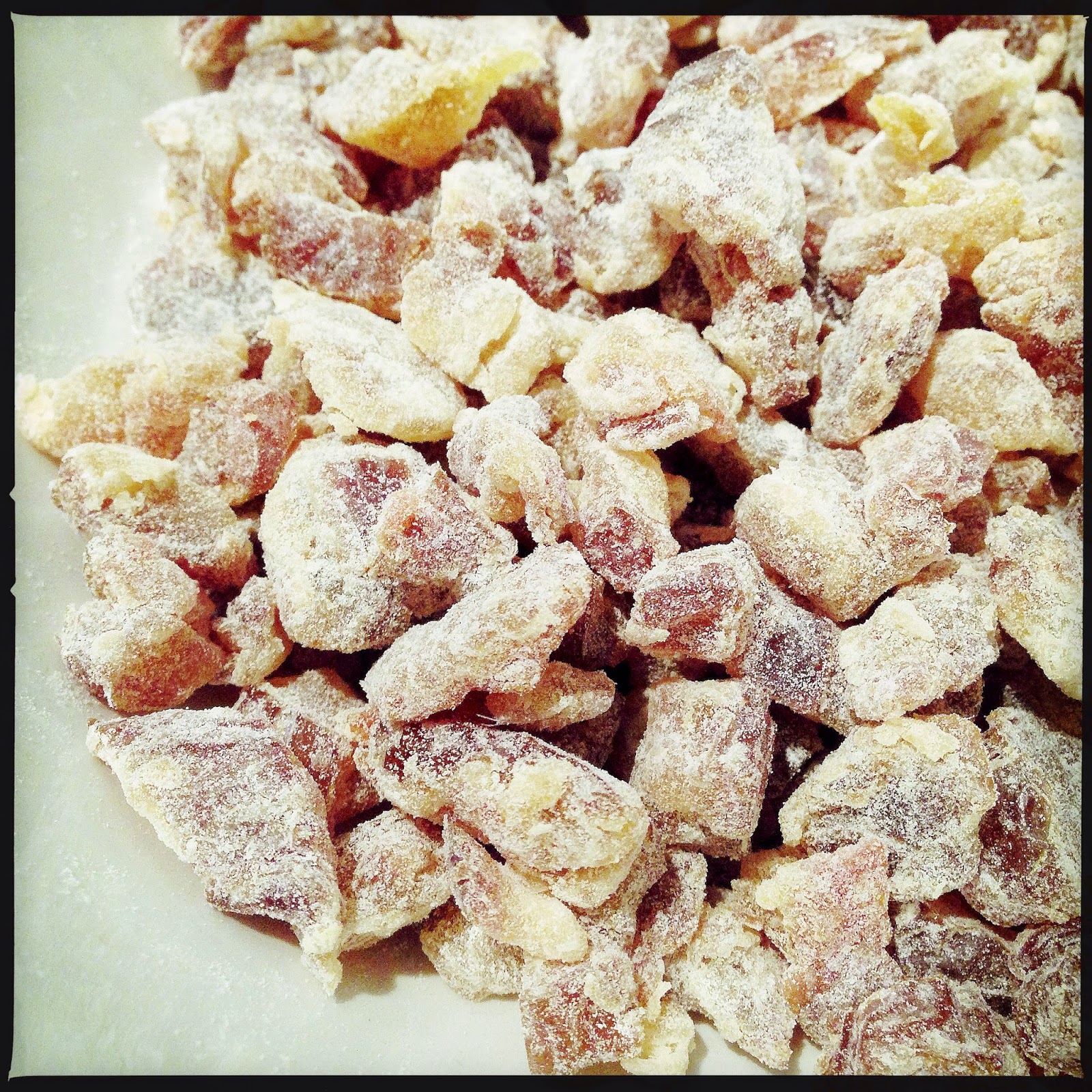 Notes:
Toasting the walnuts makes a big difference so don't omit this step if you can help it.
Posted by Tôbi at 13:34 2 comments: