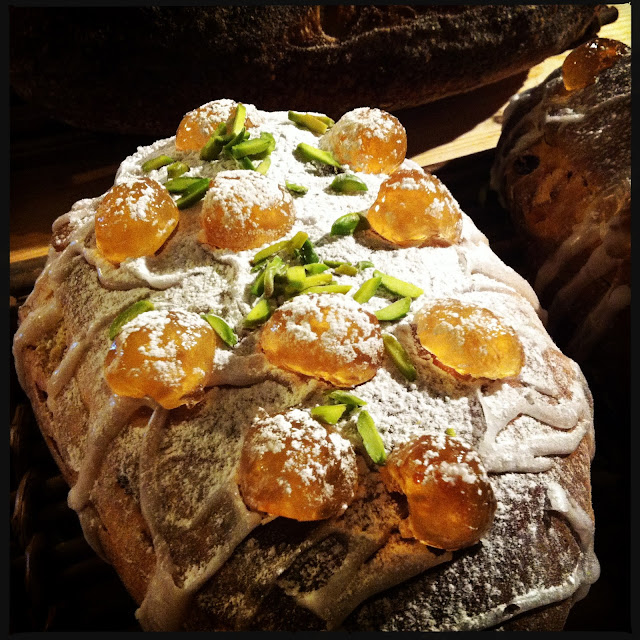 I'm learning to be a little cautious in publishing recipes for foods from other parts of the world, after my recipe for M'hanncha caused concern. I am more than likely to get things wrong and my recipe for stolen is no exception, I can already hear roars of laughter from Hamburg to Munich. The result I have to say though was pleasing enough and far better than the poor examples available in the shops over here. 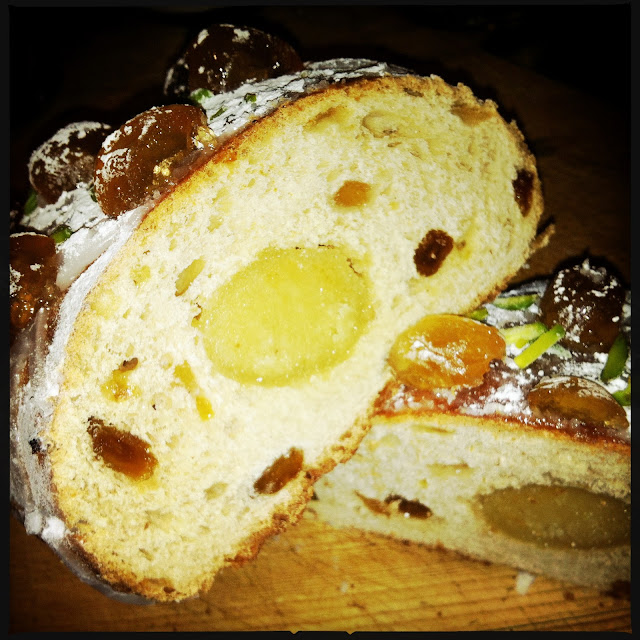 Mix all the ingredients apart from the fruit,candied peel and marzipan, to form a soft sticky dough. Add the dried fruit and peel, I used a mixture of Lexia raisins, golden sultanas, golden glacé cherries and candied orange peel and mix well into the dough to distribute evenly. Knead on a lightly floured surface for a few minutes before leaving in a bowl, covered to prove for and hour or so.
Divide the dough in half, press each half out into a circular shape, roll out the marzipan into two sausage shapes and place each piece in a disc of dough, cover the marzipan to form a roughly oval shape and leave to rise for a further hour or so until risen but not doubled in size. Bake at 180 C for 35 to 40 minutes, cover the loaves with a piece of kitchen foil after 20 minutes if the tops are beginning to brown too quickly. Cool and decorate with a little icing made of icing sugar and lemon juice and some glacé cherries. I added a few slivers of pistachio for colour.

I find this dough being enriched with eggs and sugar doesn't rise a great deal, unlike most breads or even brioche or panattone, but I think s it's all the better for being a little more dense. If a lighter texture is what you enjoy, add a further sachet (7g) of instant yeast.
Posted by Tôbi at 10:01