Sometimes I plan my cooking, but often I find I have ingredients staring me in the face requiring an answer. This morning after making cheese yesterday evening, I found myself with about a litre of whey drained from the curds that are now formed into a nice flat cheese. I used most of the whey in a Stroganoff I am making for Sue & Dick this evening but I still had 300ml left. Looking in the cupboard I found a jar of sun dried tomato paste, I have Parmesan in the fridge so why not make a loaf to share to start our meal. Now I normally always begin making dough at least the day before I bake even when using commercial yeast, it will be interesting to see how this loaf turns out. 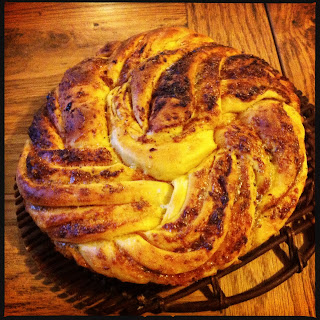 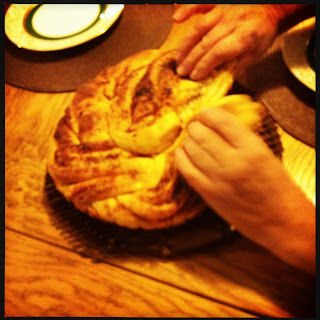 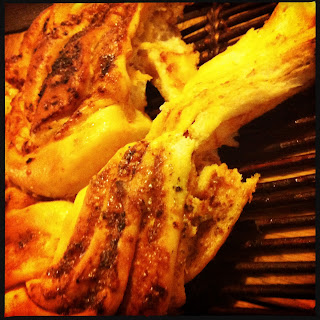 I began by mixing 500g of strong white flour with 7g of instant yeast, 300ml of whey, and 10g of salt. I can't remember the last time I kneaded dough, putting dough together in a food mixer, mixing only for a minute or two before leaving the dough overnight in the fridge always eliminates the need for any kneading. There is something pleasant though about the kneading process, where the rythmic stretching, rolling back and stretching again slowly transforms the dough from one that tears easily to one cohesive mass that is silky and smooth. 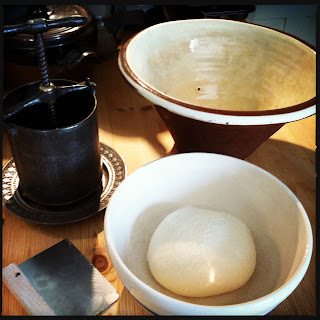 I rested the dough in a bowl for a couple of hours to rise while I grated up the parmesan and searched for anything else that might be added. In the end I decided to add some grated Cheddar to the Parmesan in order to provide a bit more of a melted cheese component. Having stretched and flattened the dough out to be roughly 40 by 30 centimeters I spread 2 tablespoons of the sun dried tomato paste spread over the dough and just over 100g of the the combined cheeses. A drizzle of the basil oil I had left over from the pizzas click here and I was ready to roll the dough up. Having rolled the dough into a long roll I cut it into two pieces along it's length, beginning 1 centimeter in from one end. Taking the two long halves I twisted them into a one single twist being careful to try to keep the cut sides on top. This stage is messy but it really doesn't matter too much, any parmesan that pops out, you can simply sprinkle it back on the loaf. I scrunched up some baking parchment and lined a large round baking tin before carefully slipping the loaf in for its final rise. After the loaf had doubled in size I baked it in a hot oven 220 degrees C for 10 minutes before turning the oven down and baking it at 180 for a further 20 minutes. 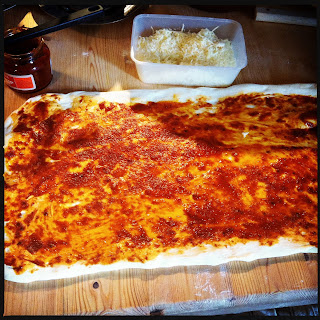 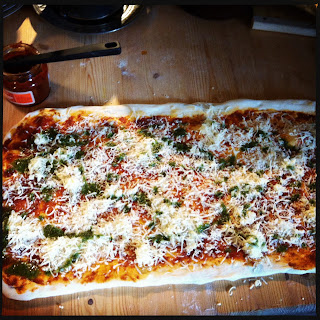 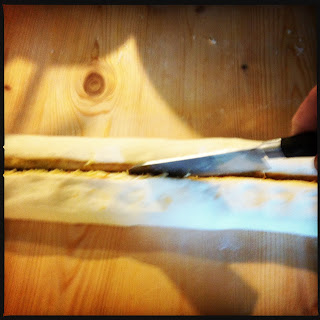 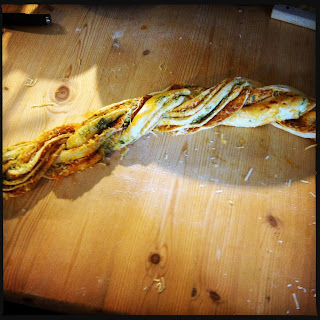 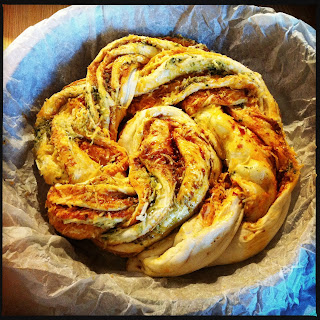 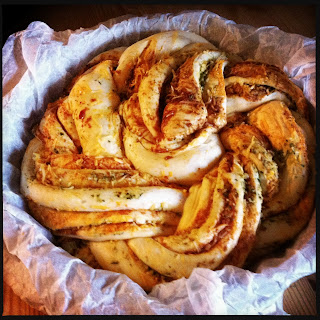 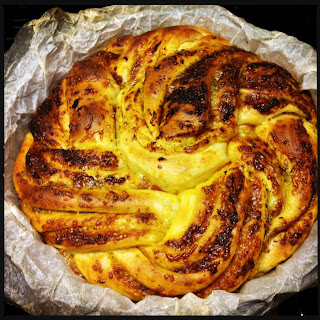 Notes:
Much like pizzas, it's possible to vary the fillings or toppings to suit yourself, pesto is good, including red pepper pesto, tapenade with chopped up char-grilled artichokes. Home made baba ganoush with sliced olives, mushroom duxelle with roasted hazelnuts chopped and grated gruyere, the puree from a couple of heads of roasted garlic with olive oil and chopped parsley, would be a few worth trying.